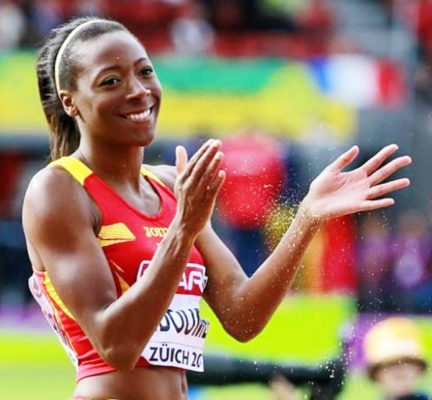 Rootencial interviews Ruth Ndoumbe Nvumba, a 29-year-old triple-jumper born in Madrid to parents originally from Cameroon and Equatorial Guinea. Ruth tells us about her career as a professional athlete.

Being black does not mean that you are going to be excluded, you are just black. No one should overthink it. It is not a liability. For me it is a virtue. I am the point of reference.

Ruth has been the Spanish national junior champion for triple-jump a staggering eleven times and the national adult champion three times. She finished fourth in the European Championship and seventh in the under-20 World Junior Championship. She’s also a six-time champion among Spanish clubs, and has represented Spain on the world stage as part of the national team.

Ruth never planned to make athletics her career. She never thought it would become her profession. It was a desire  to challenge herself and constantly improve that led her to this sport. Ruth tells us that athletics was something that sprung from her addiction to competition and the effort it requires each day. For her, doing things for oneself is always best, as it helps to be persistent.

During her career as a professional athlete, a highly technical endeavor, she realized that everything, even seemingly small things, was part of the path to success, and therefore a potential challenge that could compromise this success. For her, both small and big challenges are important.

Despite her unfortunate injury in 2016, the same year as the  Olympic Games, Ruth is proud to have overcome this experience, feeling even stronger today. In addition to this, she is very proud of her coach, her family and her career so far – for the positive and the negative experiences, since both have helped her to be who she is today.

Whoever wants to devote him or herself to sports or to the world of entertainment or something, will have to work hard to be the best.

Effort is the key to success. This is the message that Ruth sends to young people who are thinking about a career in sports, acting or dancing, where the spectacle they provide makes everyone want to be the first. For her, skill or talent are not the most important ingredients for success. Effort is the most important element; striving on a daily basis, maintaining discipline and commitment.

Anything small, that you think is small, helps you to progress. So every little stone is part of the way forward, because eventually all the small pieces become something big.

Despite being alone in most of her competitions, Ruth stresses the importance of staying focused on her goals, even when she has confronted an audience that challenges her skills and efforts simply for the fact of being black. However, for Ruth, her racial identity has never been a limitation, but a further motivation to prove that she can achieve what she intends, giving her all on the track.

Ruth explains that the family that she grew up in was an important factor in her personal growth. Since childhood, she has been very conscious and has learned to be proud of who she is. She has come to see her identity as a black woman as a virtue, an opportunity for self-improvement and gaining strength, feeling that she is a point of reference for others. 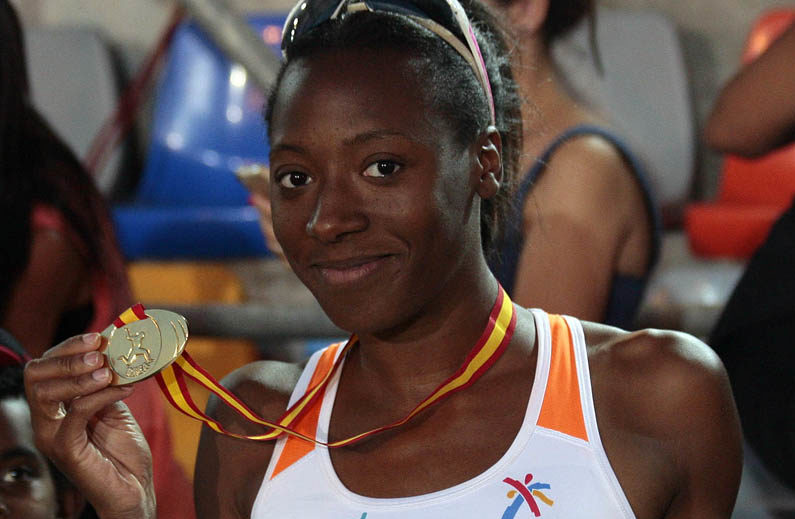